About 4 months ago Masked Republic started a lucha libre themed subscription crate. Every month for $19.95 plus shipping you can get a standard crate that comes with an issue of Rudo Can’t Fail; an english language Lucha zine, a T-shirt, an officially licensed mask of a lucha libre star, and an autographed 8×10. I subscribe to the deluxe crate for $32.45 plus shipping which includes a T-Shirt sized 2x or 3x, the zine, a mask, the autograph and some exclusives. T-shirts in smaller sizes come in crates priced at $29.95 Today I’ll show what I got in my January deluxe crate.

Every crate comes with an issue of RCF. This one focuses on the best factions in lucha libre. It also contains event results and interviews. By far my favorite thing in these issues is the articles about lucha cinema written by Keith J. Rainville of From Parts Unknown He’s a large part of why I started this blog about wrestlers in films. The keychain next to it is a Tinieblas mask. Tinieblas was no stranger to lucha cinema; he starred in the Los Campeones Justicieros film. 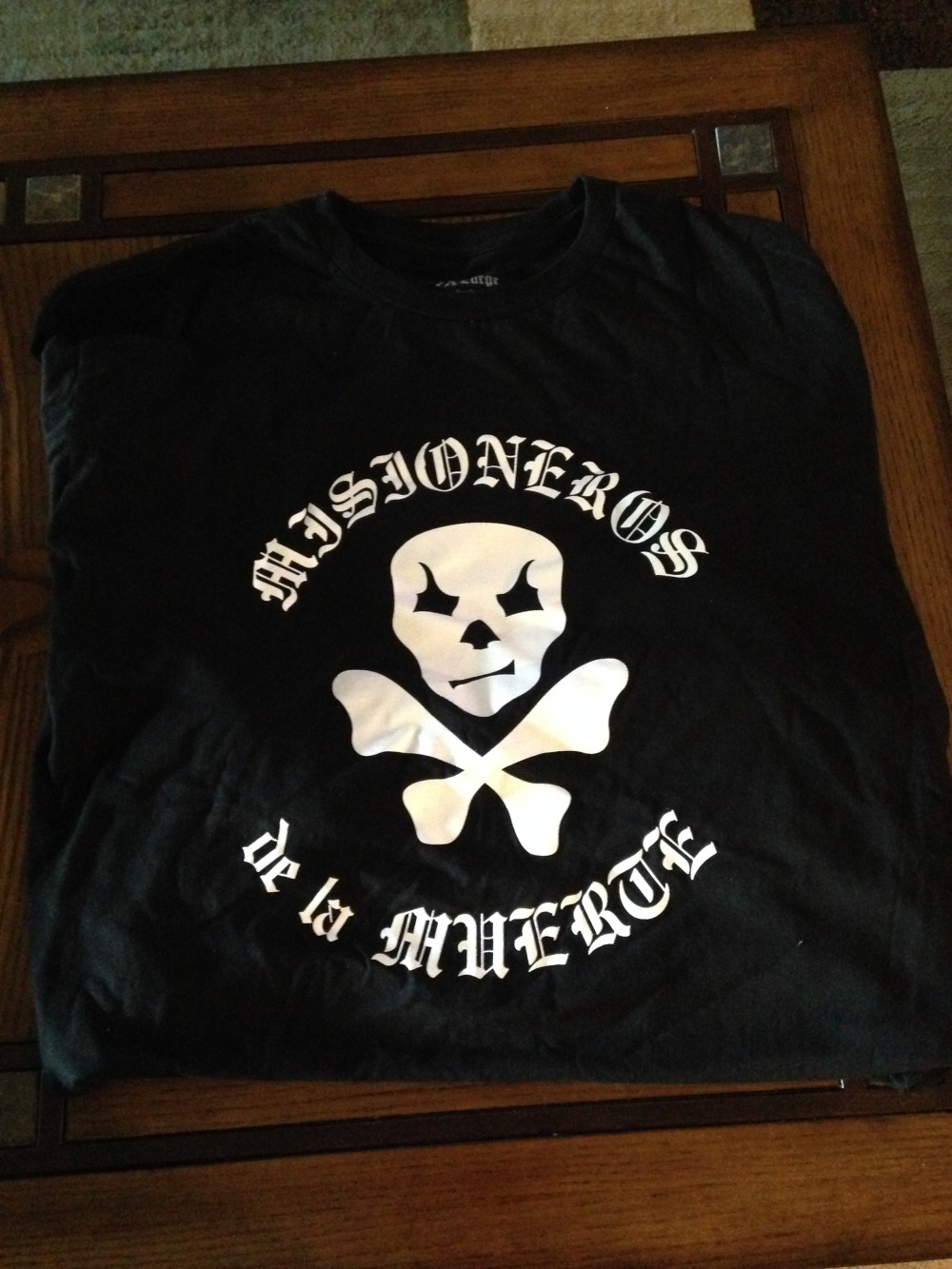 January’s T-Shirt in the deluxe crate was a Misioneros de la Muerte shirt. This is the trio credited with making 2 out of 3 falls six man tags the most common match in lucha libre. 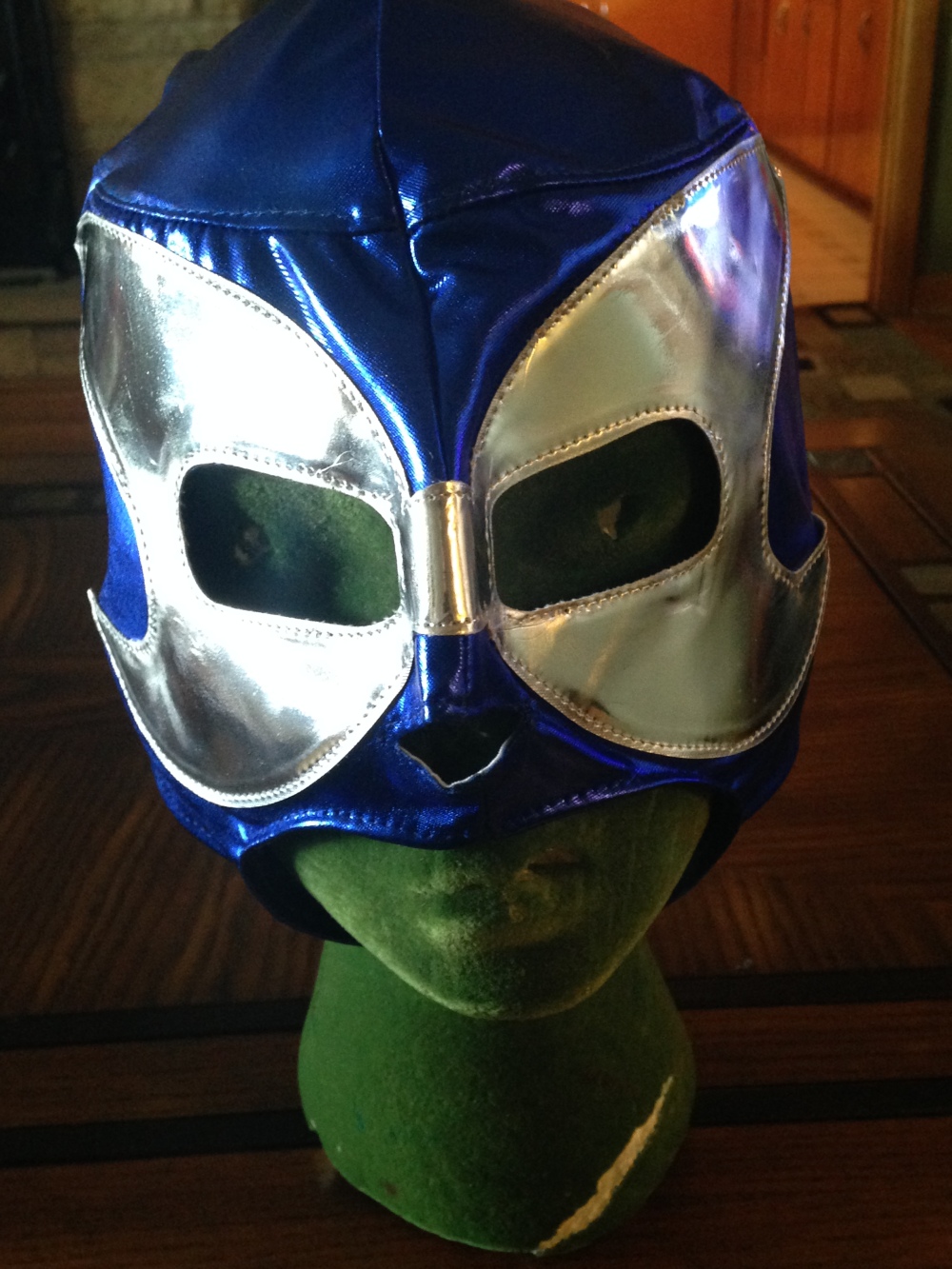 January’s mask was Lizmark. Unfortunately he passed the month prior. My display head has seen better days. His name is Bub. He was rescued from my college’s theater. 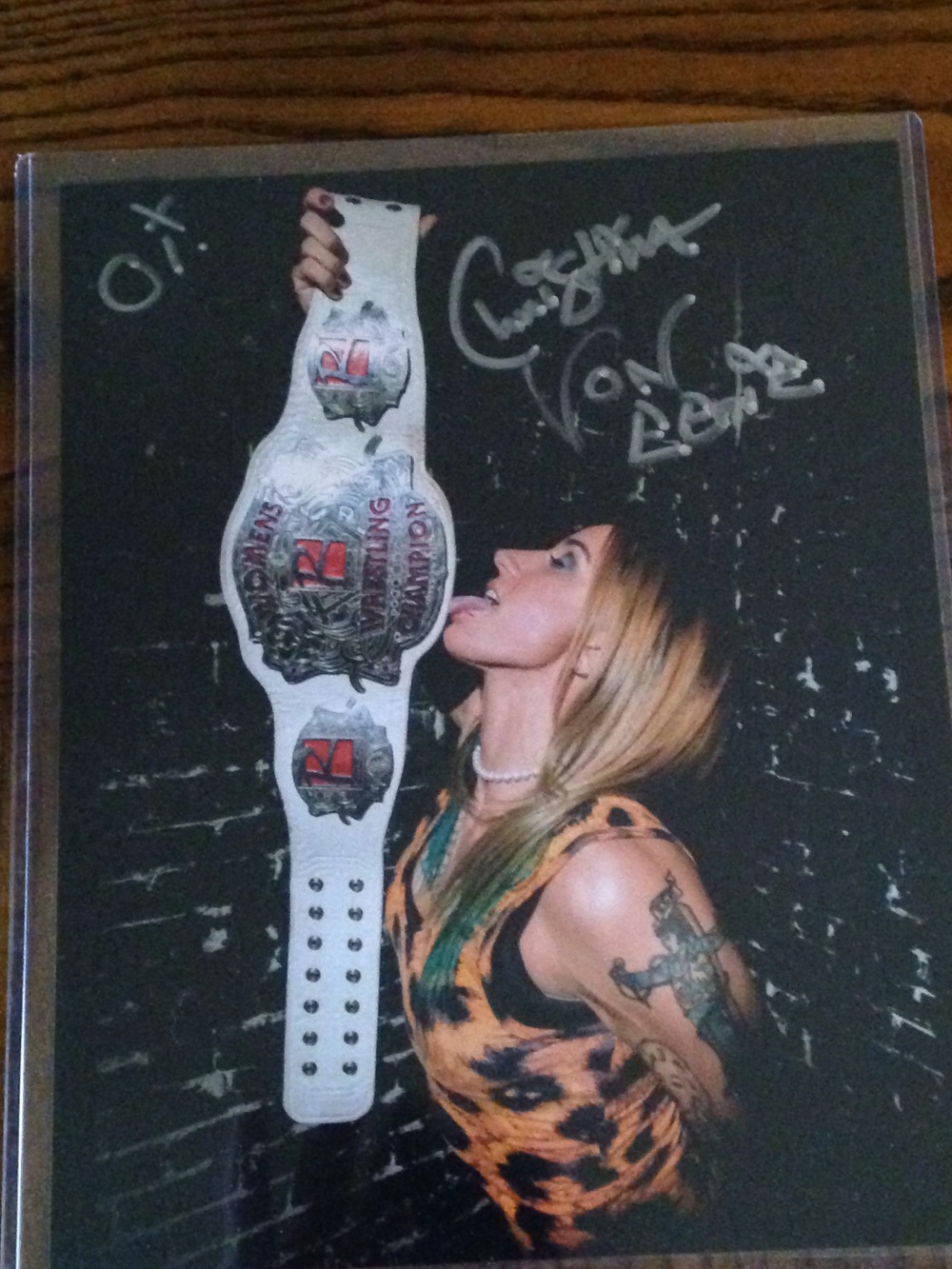 January’s 8×10 is from someone I’m very familiar with; Christina Von Eerie as she worked in Shimmer Women Athletes, a company I’m a big fan of. I was very pleased to see this in the crate. 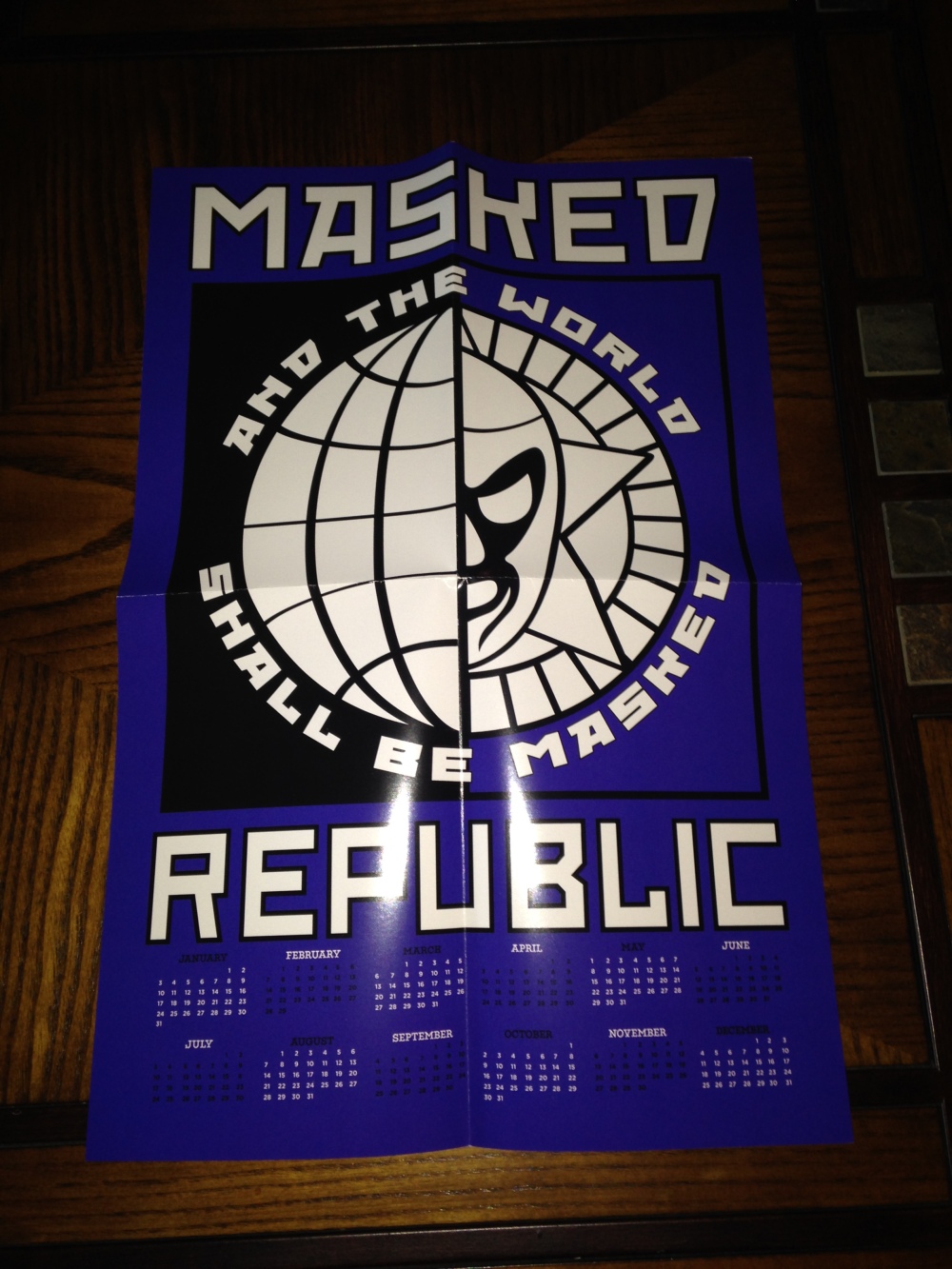 Deluxe crate members also get stuff exclusive to the deluxe crate. One of the things included in January’s crate is this Masked Republic poster and 2016 calendar. 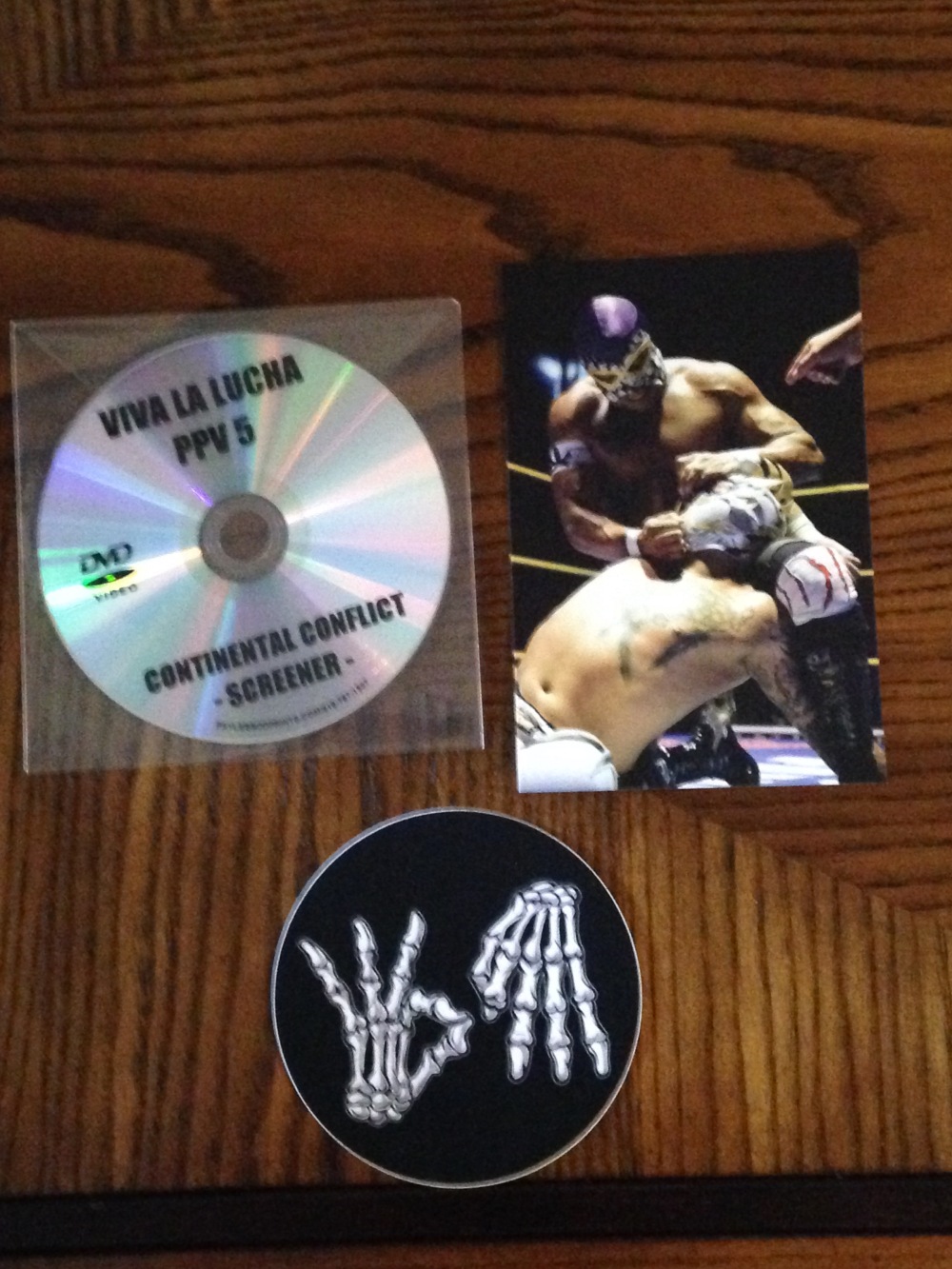 The two other exclusive items were this never before released Viva La Lucha PPV DVD as well as a post card featuring Hijo Del Fantasma and Fenix. The Cero Miedo sticker was also included in standard crates.

You can subscribe for February’s crate using this link Lucha Loot the cut off date is February the 15th. It’s my referral link which can help me earn free crates. I love getting a box of lucha goodness delivered to my door every month. Deluxe crates also come with randomly inserted autographs and doodles by luchadors in so many crates a month. In December there was an autographed Fenix postcard.

For other officially licensed lucha products check out Masked Republic